Share a memory
Obituary & Services
Tribute Wall
Read more about the life story of James and share your memory.

James Leonard Baker was born in Muskogee, Okla August 15, 1930, the youngest of 5 sons of Silas Leonard Baker and Willie Wood Fraser Baker. Jimmy or “Digger” as his father nicknamed him, grew up fishing, playing ball, raising pigeons, milking the family cow each morning, and participating in other boyhood antics with his older brothers and neighborhood friends. His father, Grandpa Baker had pet names for all his boys. Jimmy became “Digger” because of his unique way of digging in his heels when he ran. The name followed him with his boyhood friends all his life.

Jim was educated in Muskogee Public Schools and played basketball and softball in athletics. He also played basketball for Immanuel Baptist Church in Muskogee where his mother was the church organist. He excelled at art and was offered an art scholarship to Northeastern State Teachers College. He graduated from Central High School in Muskogee in 1948 and attended Muskogee Junior College studying business for two years before marrying his high school sweetheart, Betty Lee Ragsdale in 1950. The young couple set up house keeping in Eureka, Kansas where Jim had taken a position with Standard Oil. In 1954 they welcomed their only child, daughter, Andrea Leta, then returned to Muskogee where he became manager of Carnation Restaurant. In 1960, Jim took a position as financial counselor with PMA, a company that provided additional medical insurance to patients already in hospital. This position took the family first to Tulsa, then Wichita Falls, Texas then to Buffalo, New York and finally Brooklyn, New York.

During the 4 years the Bakers lived in New York State, Jim and his family enjoyed ice skating and sledding and made the best of 20 foot snow drifts. He always loved telling the stories of looking out a second story window and having the car completely buried in snow.

Part of Jim’s job was reviewing claims. One came in with a police report attached and upon further investigation Jim learned that this patient was admitted with two broken legs. It seems he was a cat burglar and after breaking into a second floor apartment and shining his flashlight around, the burglar came face to face with a full sized male African lion and jumped out the nearest window, hence two broken legs. He was truly a “cat burglar!” Jim never tired of telling that story.

Around 1967 Jim was offered a chance to return to Muskogee to take a position with Blue Cross and Blue Shield of Oklahoma. The family returned during the winter of that year. Jim was a field rep for Blue Cross, traveling all over Oklahoma as a claims specialist, assisting area doctors and hospitals. In 1974 he was promoted to a manager and moved to Tulsa. Jim sang in the Tulsa Opera chorus for several productions and also sang in the choir at First Presbyterian Church in Tulsa. And he was an avid fisherman and golfer. He remained with Blue Cross until he took early retirement in 1986 to care for his ailing wife.

After the passing of Betty in 1987, Jim embarked on a career change. He got his real estate license, drove cars for Enterprise and traveled, often to California to visit his daughter, son-in-law and grandson. After several years he met Jo Evelyn Patterson at a seniors’ dance. After a whirlwind romance, they married and embarked on many adventures including trips to Europe, Canada, the Caribbean, Alaska, Hawaii, California, Las Vegas, New Orleans and New York City. They danced nearly every Saturday night with their close knit group of friends at the Petroleum Club and were active members of First Christian Church where one of their favorite tasks was making and delivering food to the homeless. Jim continued to enjoy fishing, golfing, playing the piano and gardening. He was also a member of the Ambassadors, the volunteers at Tulsa International Airport for many years.

To send flowers to the family or plant a tree in memory of James Leonard Baker, please visit our floral store. 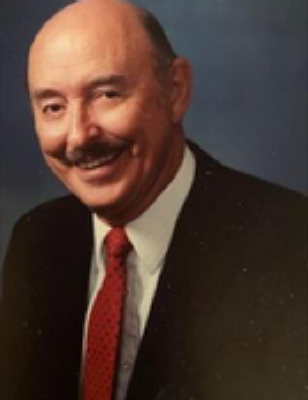 Family and friends are coming together online to create a special keepsake. Every memory left on the online obituary will be automatically included in the book.

You can still show your support by sending flowers directly to the family, or by planting a memorial tree in the memory of James Leonard Baker
SHARE OBITUARY
© 2023 Rice Funeral Service & Cremation Care. All Rights Reserved. Funeral Home website by CFS & TA | Terms of Use | Privacy Policy | Accessibility