Share a memory
Obituary & Services
Tribute Wall
Read more about the life story of Jack and share your memory.

Jackie (Jack) Merle Gardner was born to Wilford Eli Gardner and Annabell Sylvia Jones in Claremore, Oklahoma on April 16, 1942. He attended high school in Claremore and Siloam Springs, Arkansas, and later graduated from Texas A&M University. He served in the United States Marine Corps from 1959 to 1963 in the Weapons and Maintenance First Marine Division FMF. He also played football for the Marine Corps, in Quantico, Virgina. Working in the oil industry and his love of travel, took him to many countries and happy adventures. He really loved working in the middle east during calmer times. Later while living in Houston, Texas, he owned and operated Texana Sales and Service (Blastco) for 19 years. After the oil industry slowed down, he taught school for 3 years in New Caney, Texas. He then worked for Tyco International for 5 years. Jack was a member of the Cherokee Nation and was awarded the Medal of Patriotism in 2016 from the Cherokee Nation for his service in the Korean War.

Jack is preceded in death by his parents, his first wife, Dorothy, and brother, Wilford (Wil) Eli Gardner, Jr. He is survived by his wife, Connie, brother Tom (Rosa), sisters, Ahniwake Van Vleet and Lynda Telles (Stephen) and many nieces and nephews.

Connie especially wants to thank Tom Gardner and the family of Wil Gardner for all the love and support through Jack's last days in hospice care: Robyne (Frank) Locke, Katy (Ryan) Edwards, Lou Anne (Paul) Gustafson, Amy (Steve) Onnen, and Brian (Cheryl) Gardner. His cousins Joe and Sherry Gardner also provided loving support during these last days of transition. Jack's dry wit and easy personality has left us with many good memories. He will be greatly missed.

In lieu of flowers or plants, the family requests that you give to a charity of your choice. A private family service will be held at a later date.

To send flowers to the family or plant a tree in memory of Jack Gardner, please visit our floral store. 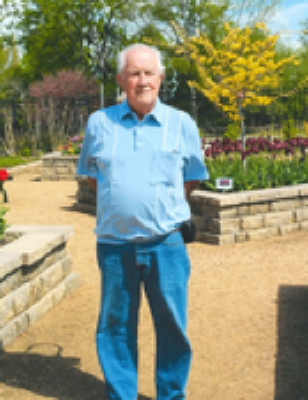 Family and friends are coming together online to create a special keepsake. Every memory left on the online obituary will be automatically included in the book.

You can still show your support by sending flowers directly to the family, or by planting a memorial tree in the memory of Jack Gardner
SHARE OBITUARY
© 2023 Rice Funeral Service & Cremation Care. All Rights Reserved. Funeral Home website by CFS & TA | Terms of Use | Privacy Policy | Accessibility